We work with EPA-certified laboratories to examine and assess water quality in your home. We can check for contaminants such as lead and heavy metals, bacteria, parasites, and other organisms and contaminants. If you have concerns about water quality, just give us a call to schedule a consultation right away. 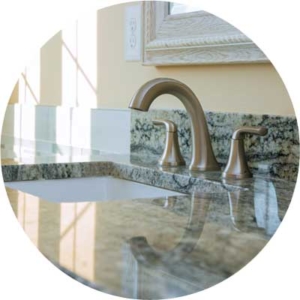 What contaminants may be found in drinking water?
There is no such thing as naturally pure water. In nature, all water contains some impurities. As water flows in streams, sits in lakes, and filters through layers of soil and rock in the ground, it dissolves or absorbs the substances that it touches. Some of these substances are harmless. In fact, some people prefer mineral water precisely because minerals give it an appealing taste. However, at certain levels, minerals, just like man-made chemicals, are considered contaminants that can make water unpalatable or even unsafe. Some contaminants come from the erosion of natural rock formations. Other contaminants are substances discharged from factories, applied to farmlands, or used by consumers in their homes and yards. Sources of contaminants might be in your neighborhood or might be many miles away. Your local water quality report tells which contaminants are in your drinking water, the levels at which they were found, and the actual or likely source of each contaminant. Some ground water systems have established wellhead protection programs to prevent substances from contaminating their wells. Similarly, some surface-water systems protect the watershed around their reservoir to prevent contamination. Right now, states and water suppliers are working systematically to assess every source of drinking water, and to identify potential sources of contaminants. This process will help communities to protect their drinking water supplies from contamination.